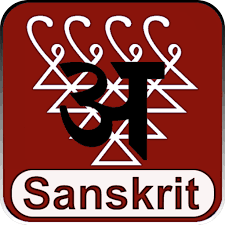 Studying Sanskrit is a profound undertaking. Practically every significant university worldwide offers the study of Sanskrit at some level. It is a difficult language to learn but not impossible. For any people who know another Indian language, it may be easier. Many people wonder why they should bother learning Sanskrit, considering it is a dead language. Here I will express why I think learning Sanskrit is not only useful but a tool for higher spiritual understanding.

Literature is abundant in the Sanskrit language. If you are a yogi, the relevant ancient texts are in Sanskrit. The Bhagavad Gita, Guru Gita, Vedas, Upanishads, and Mahabharata are just some to name a few. Many say that English or other languages’ translations cannot adequately express what Sanskrit wants to communicate. Through studying Sanskrit, you open yourself to a wealth of greater profundity in ancient pieces of literature – many of which provide great insight into the development of humankind. The literature is not limited to yogic and Hindu texts – they include fictitious, scientific, medicinal, and political texts too. These create tremendous insight into the development of society as we know it.

Returning to the matter of literature in Sanskrit, there is another important reason to learn and study Sanskrit. I ask you, if not you then who? Many believe the secrets to human existence and enlightenment to be contained within the ancient sacred Hindu and yogic texts. If all of them are in Sanskrit and no one continues to learn this so-called “dead” language, then these secrets will be forever lost. In fact, the answers to some of society’s worst issues plaguing modern man may come from these texts. To gather this information, we need individuals willing and able to understand the texts and use it drive positive change.

Many who study Sanskrit profess it to be some of the most fascinating material available to study. There is evidence that Sanskrit is the oldest written language. For any student interested in literature, studying Sanskrit allows them to access the world’s most ancient literature available as well. Studying the very nature of the language also provides fascinating information as the language itself is said to encompass information about astronomy, mathematics and even contains built-in pronunciation schemes.

Many claim Sanskrit to be the language of the heart. Start studying  Sanskrit and open your heart to the universe, to your true essence and to your connection to ancestors.